A recently completed Induced Polarization (IP), geophysical survey has delivered the positive results which Newfoundland-based, junior resource company Puddle Pond Resources Inc. was seeking for on its gold – silver Heritage Project situated on the Burin Peninsula, southern Newfoundland. This new target of gold – silver mineralization (discovered in late 2010) covered by the project area, 23 km long by up to 15 km wide, is quickly emerging as a highly prospective exploration property that is attracting the attention of nationally and internationally based gold-producing companies.

IP surveying is a proven method for detecting and mapping out the style of epithermal mineralization occurring on the Heritage property, and was selected to test the responses over the new drill discovery at the Eagle Zone Prospect situated within the large (4.5 km x 2 km) Point May Epithermal System (PMES), and to also test the responses over other mineralized prospects throughout the PMES (ref Press Release May 29,2014). The company is pleased to report the survey has successfully recorded anomalous results over the Eagle Zone, where high grade gold assays in drill core range up to bonanza grades of 34.29 g/t (1.12 oz /t) gold and 574 g/t (18.46 oz/t) silver, and has also recorded similar responses over other mineralized prospects.

The highly positive results are detailed in an independent modeling and interpretation report just received from consulting firm GeophysicsOne. This report concludes “the IP survey data and resulting models successfully outlined five zones of anomalous (electrical) chargeability and one zone correlates with known mineralization in the Eagle Zone area”, and “several of the IP zones identified appear to represent highly attractive drill targets.” The report recommends ‘that sections (showing the IP results along the surveyed lines) be used for detailed definition of any drill holes.” 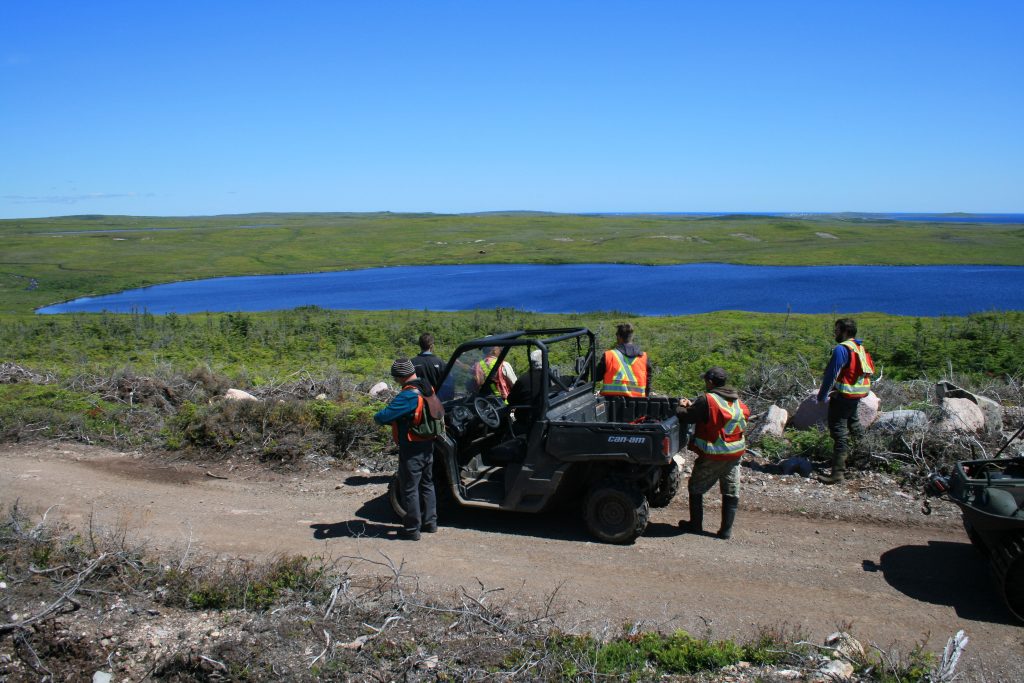 Puddle Pond’s Chief Operating Officer and President Vic French. P. Geo. notes the correlation between the IP and Eagle Zone mineralization, and the indication that the zone is much longer, together with the detection of up to 800 metre-long zones of anomalous responses at four other areas are very positive exploration results. IP is an excellent pre-drilling exploration tool for this style of mineralization and these results define multiple drill targets.

Mr. French further advises re the overall potential at the Heritage Project that the recently completed IP survey was only carried out over approximately one – third of the area covered by the 4.5 x 2 km Point May Epithermal System, throughout which there is widespread gold and silver mineralization remaining to be tested by geophysical methods and drilling, both of which have proven to be successful to date.

The information in this release was compiled by Vic French, P. Geo who is a qualified person under NI 43-101 guidelines